Soon, her channel was rapidly bombarded with an influx of the arrival of new viewers, the previous comments being buried by the more recent ones.

[Wait a minute! I’m here to scold her. Yet why am I opening a bag of dried plums** finding this video satisfying to watch?] 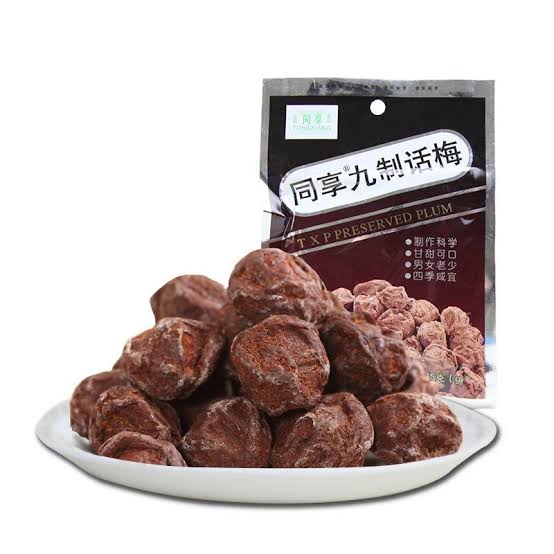 [O M G, I just ordered ten packs of potato chips–cucumber flavor! How the spring wind tastes… I was heavily persuaded with this product recommendation!]

[The Lay’s cucumber flavor is not really delicious, but why does she look so happy eating it? Help! I can’t stop my hand reaching out to call for takeout. Can somebody please help me?!]

The number of people pouring inside her channel to watch her live broadcast could be seen constantly rising.

Ni Yi, who was waiting outside, almost fainted, looking at the screen.

Sister, is this intentional?

He refused to let her eat fatty foods at her home, but then she slyly used the program as an excuse to finally eat in the eyes of everyone.

But still, the audience actually like it? Have these netizens not tasted potato chips before, ah? He could only think confusedly.

Next to Ni Yi, another agent wearing a mask over his mouth sent a cryptic text message.

Inside the room occupied by two contestants, Meng Xinran, who is in the 18th position, is currently performing as an old man, her hair dyed white, but she soon notices the text message that popped up on her mobile phone placed beside the desktop computer.

[YYY live broadcast is popular! People only have good reviews for it!]

Meng Xinran, who was hunched back, suddenly became stiff. She then slammed her left hand on the table out of the blue and said, “How can it be? She…”

Just now, she was careless and lashed out in anger with her normal voice. She instantly became stunned.

Sure enough, the voice of the judges rang inside her room to announce, “Contestant with the 18th postion, Meng Xinran, made one mistake. Deducting 500 votes.”

And in her live broadcast, fans were rushing to comment what had just transpired.

[What just happened? Why were you so angry?]

Meng Xinran’s nails were buried into her palms in anger. As her mouth twitched, she suppressed her voice to say, “Ai…this old woman was frightened by a text message from my granddaughter…”

How did Yu Yaoyao do it? Why was her live broadcast so well received?

Her elder brother manager must have misunderstood the situation. She must have been lambasted by thousands of netizens. She took another look under her microblog and found that there was a fan group in charge of ushering people inside the live broadcast of Yu Yaoyao.

Yes, that’s normal! She thought about it critically and sent a message to her broker:

[Brother, you must have misread it. I’m going to be serious about the live broadcast now. If not, brother, you can contact the fan group management…as well as Dajian’s fans.]

She bowed her head as a sneer came out the corner of her mouth.

It is useless for Yu Yaoyao to act so proud on set; there is no spot for a married woman in the entertainment circle to play.

Qiu Dajian is a rising, starlet actor with the largest number of fans. His fanbase compromise mostly of housewives and young sisters. If these fans were somehow able to get wind of news that the first place supposedly for Dajian was stolen by a married woman who depended on her husband’s connections, could these fans be able to bear it?

Will Yu Yaoyao still survive the moment Dajian’s fans rush inside her channel? Will she still get good reviews?

Meng Xinran gritted her teeth. She looked up her live broadcast and her eyes instantly seethed.

Her fans are mostly male. Yu Yaoyao, a fox spirit, must have done something in her live broadcast to bewitch her fans. That could be the only reason why some of them turned their backs on her!

As she was drowned with her furious thoughts, she didn’t notice that her fingernails were pressed on her shaking palm so hard that the skin turned red and her eyes were showing her blatant jealousy!

She is not as beautiful as Yu Yaoyao. But…she will be the last person standing!

Old rich madam go back where you belong!

The progress of each channel for the live broadcast of every room was currently in full swing. However, noon time was the busiest time and brought in a lot of viewers.

All the staffs diligently brought bento boxes to the contestants in their respective rooms.

It was a very simple meal, usually served at work, with two meat and vegetable dishes and a soup.

In that moment, Yu Yaoyao’s live broadcasts was also visited by a wave of new people, and the number of online netizens watching her channel broke through the 5000 mark for the first time.

But the new viewers are quite organized and disciplined, and many have similar looking usernames, such as:

Once they were inside Yu Yaoyao’s channel, continuous streams of comments in red fonts scolded Yu Yaoyao!

But Yu Yaoyao was only concerned with her delicious lunch.