The wonders of geology, which is beyond the comprehension of many, was the reason she wanted to devote her life to it.

When it came to the outdoor activities, other students complained, felt bitter and tired. Yet, Su Jishi enjoyed the hard work and the feel of the vast world under her feet.

Compared with this world, a man was only a speck of dust!

But these words, Su Jishi couldn’t say at the moment.

Because now she is “Su Jin”—Su Jin had been following the path of a little, pampered fairy since her debut as an actress. The little fairy who eats flowers and drinks dew, and loves literature and art. When it comes to geology, everyone thinks of mine stones and soil, which are dusty and ugly—totally unfitting for Su Jin’s image.

She could only answer lightly. “I have read several books on geology, and I’m very interested in them.”

No, she would have to discuss with Fang Xie later to encourage him to give “Su Jin” a geology enthusiast image! Otherwise, she would be forced to do everything with one hand tied behind her back, which is too inconvenient.

Su Jishi and President Zhang hit it off like old friends. If it weren’t for the assistant director’s urging, Su Jishi would have talked to President Zhang for another three hours.

However, the filming schedule was too packed, and all the irrelevant people had to vacate the shooting area, so Su Jishi had to send President Zhang to the door regretfully.

As soon as she turned her head, she found Mu Xiulun still standing behind her.

“Why haven’t you left yet?” she asked him.

His dark eyes settled on her face. “Why should I go?”

“Didn’t you hear them? All the irrelevant people have to leave.” Su Jishi crossed her arms.

“I am not an irrelevant person.” was his indifferent reply.

After that, Su Jishi bore a vacant face.

Mu Xiulun thought she was playing dumb and asked her intentionally. “Haven’t you seen the investment promotion manual for this movie?”

“I am one of the investors in this movie.” Mu Xiulun stated flatly.

Mu Xiulun took care of Su Jin and gave her a lot of money to do a full set of acting, making him responsible for variety, film and television, and fashion financial contributions.

He gave her a lot of resources. Fortunately, Su Jin was brilliant and used this opportunity well. Within two years, her fame was in full bloom.

Mu Xiulun’s adoptive mother placed several people around him and was relieved to see that he was indeed spending his money like dust on Su Jin, giving his stepbrothers the chance to outrun him in their business.

But these things, Su Jishi wasn’t aware of.

The businessman made a quick profit and immediately figured out how things worked in the entertainment circle. Although Mu Xiulun spent a lot of money on Su Jin, he took part in Su Jin’s variety shows and movies as an investor. With the right move and the money he spent returned in double!

Indeed as expected from a businessman. He’s ineptly smart, especially in numbers.

Su Jishi lowered her head and swore in silence.

However, from Mu Xiulun’s point of view, the girl’s slender neck was exposed, and her long black hair hangs down on both sides of her cheeks like a shy flower.

He thought, which is the real Su Jin? On the night of their “farewell”, she was unprovoked and unrestrained. And now, the woman who stood in front of him appeared ashamed and afraid to look at him.

Remembering something, Mu Xiulun specially mentioned one thing: “Right. When you got off my car that day, you left something behind … “

Su Jishi raised her head and immediately asked, “Do you still have my hammer?”

She thought he threw it away!

“Before I answer your question, Miss Su, can you tell me why you brought a geological hammer** when you came to see me?” Mu Xiulun raised his eyebrows. 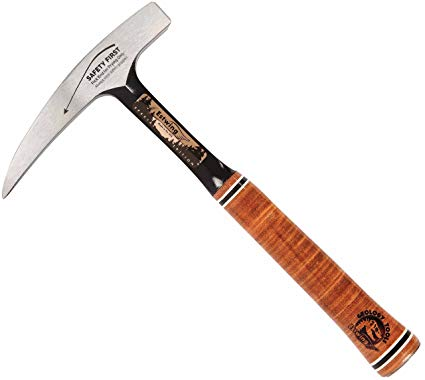 Mu Xiulun has been to the university where President Zhang worked, so he naturally recognized the shape of a geological hammer. The one-piece all-steel hammer body is covered with wind and frost. It has a flat head and a duck bill, which is enough to distinguish it from ordinary hammers on the market.

Su Jishi had nothing to hide and answered directly. “I’m afraid you’ll do something to me, so I’ll take a hammer to defend myself. Is there any problem?”

“It’s really not an excuse.”

“Well, I believe it.” How could Mu Xiulun believe it?

In his mind, there was a preconceived prejudice against all Su Jin’s abnormal behaviour. First, she unexpectedly refused to renew their contract and when she left, she deliberately dropped a hammer in his car. Today, she was so kind to his mentor and said that she secretly read geological books…

He thought decisively—there is only one explanation to her bizarre behaviors.

Su Jin, Su Jin, you took great pains to get my attention.

T/N: Happy Holidays to each and everyone of you. I am happy to inform you that some people reached out and expressed their desires to be editors of this book. With this said, expect more mass releases from now on. <3

Also, Moon-er and I have released new books here in wordexcerpt and we would really appreciate it if you leave reviews in novelupdates. Thank you so much.

Living As the Villainess Queen (Translated by Ying Yue)

This novel has the ‘transmigration into the book as the villainess’ theme, only it’s in a western, desert setting plus there’s immersive world-building and touch of fantasy. It’s the same author from Lucia, one of the best Korean smut novel, but this time, our MC is more proactive. And there’s sizzling, electrifying smut in this. This is a slow-burn type of novel to read for a literary experience.

This novel leans more on the gag side, quite like Doomed to be a Cannon fodder. However, our MC is not demure at all. You’ll see in the following chapters how she deals with vindictive antagonists–that is with a slap. She cuts to the chase and is not fond of playing mind games. But I find the male lead and her interactions the golden part of this novel. If you’re interested in a cat and dog type relationship, you’ll love this. But of course, our male lead becomes very pampering of our unruly MC.

Where Is Justice for the Villainess?

Revenge type novel with a twist. MC is vindictive, screams FEMALE EMPOWERMENT (and she wields the sword with her mighty magic). And the story is heavily driven by plot and the romance is built up quite nicely with the male lead (one she makes a contractual relationship with, not that damned Albert). Although MC is more of a stoic, unsympathetic person, her emotions and character grow as the story commences. And in the long run…there will be smut as the sexual tension builds up.