Chapter 62 – Reconciliation between Husband and Wife (1)

Pei Shi agreed to take Ye Zhen to the hot springs, but realized she still had to ask Lu Shiming his permission and perhaps invite him. Leaving Ye Zhen, she decided to go to her husband’s courtyard where he would surely be found.

Naturally, she had a moment of hesitation at first, they’ve been on a silent quarrel after all!

But she remained resolute and started her short walk towards the front courtyard. In her mind, if he doesn’t want to come, she would still take her daughter and son to stay in the hot springs with her for a few days. 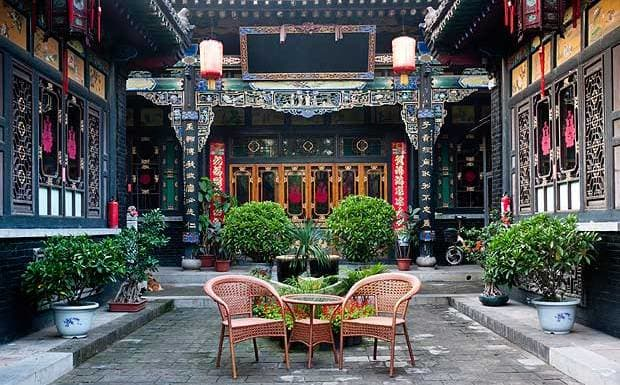 Being an official, Lu Shiming now had a separate courtyard adjacent to Lu Lingzhi, which he also used as a facility to meet colleagues and handle business.

However, because of the couple’s misunderstanding, the courtyard had been her husband’s home for a few days now.

Pei Shi has not yet reached the courtyard gate when she was welcomed by the sight of no other than Xue Liu!

She was carrying a tray of food and was walking gracefully, a gentle sway of her hips on her every step.

If anything, she didn’t look like a maid at all! Her clothes were even more extravagant than Pei Shi’s.

Donned in a golden silky gown, adorned with a sapphire gourd, she looked ethereal under the dim light of the night. She wasn’t youthful anymore but she had this lasting appeal that made Pei Shi’s heart grieve tremendously.

What a shame! She, the wife, hasn’t come to the front courtyard every day but this woman was able to do so.

The woman had her desperate ways. Occupying the Old Madam by running errands for her gave her the opportunity to wait for Lu Shiming to let her inside his courtyard.

The servant boy standing on the steps turned around, greeted Pei Shi and went inside the courtyard to tell Lu Shiming that her wife requested entrance.

No matter how hard she tried to hide it, Xue Liu’ surprise of Pei Shi’s visit couldn’t be measured.

Of all things that could have happened today, she didn’t expect Pei Shi would come to see him on her own initiative.

Wasn’t she too high-minded to visit her husband? Is this a change of heart?

“Third Madam, did you also come to seek the Third lord? It’s a pity that he is too busy and doesn’t let anyone inside.” Xue Liu said disappointingly, appearing extremely sorry for Pei Shi.

“I’m afraid the Third Madam has to wait.”

Pei Shi just gave her a light look, this woman seemed to not have noticed that she is the wife here.

“Is that it? Madam Xue Liu must be very patient to wait here everyday.”

Upon hearing this, Xue Liu’s face turned a shade paler. She came to see him every day, but he never once granted her entrance. What perplexed her was Pei Shi’s knowledge of this misfortune of her!

Otherwise, why did Pei Shi’s face look so hurt these days? She even kept her husband away.

She wanted to take advantage of their husband’s and wife’s troubles but none of her ways worked, much to her utter disappointment.

After a few minutes, the servant boy who went in to report to Lu Shiming came out of the study and whispered to Pei Shi, “Third Lady, Third lord asked you to come inside.”

Pei Shi gently nodded and motioned Hai Tang to wait outside. She walked in with her head held high but was immediately stopped in her tracks by Xue Liu.

“Madam, I have stewed the soup for the Third lord. It is better for me to come and serve the soup.”

“The Third lord is in good health, but Miss Xue Liu, don’t you think it’s cold here outside? It looks like you are in need of that soup more than him.” Pei said with a subtle chuckle.

Xue Liu looked pale. She wanted to go in with her, but was stopped by the servant boy and Hai Tang. “Miss Xue Liu, Third lord didn’t let you in.”

The door of the study was closed again. Hai Tang gave her a contemptuous look and whispered softly, “Shame on you.”

Xue Liu gave Hai Tang a haughty look, and swore to herself that someday, if the odds would be in her favor, she would give her a taste of her own medicine!

In the study, Lu Shiming put his arm around Pei Shi’s shoulder with a slightly excited smile on his face, “My wife, you are finally willing to come to me.”

Not sharing the same feeling of enthusiasm, Pei Shi gave him an angry look. “If you don’t come with us, will you then let people from outside come in to serve you?”

My Daughter Was My Sworn Enemy In Past Life

I Suddenly Became a Mother